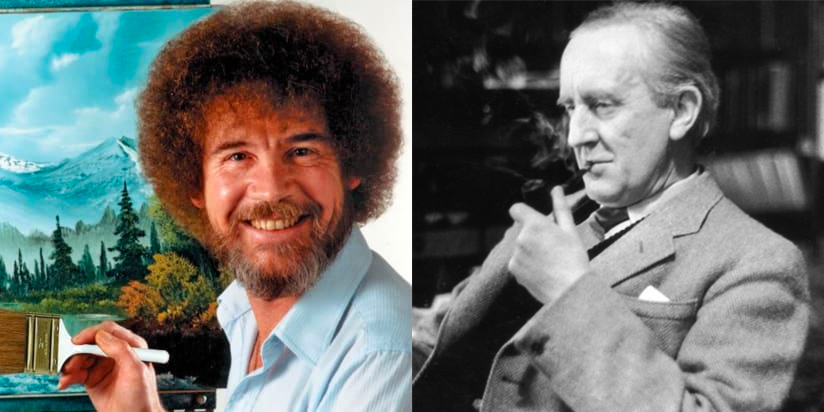 In Tolkien’s famous 1939 essay “On Fairy-Stories” he said the following:

The story-maker proves a successful ‘sub-creator’. He makes a Secondary World which your mind can enter. Inside it, what he relates is ‘true’: it accords with the laws of that world. You therefore believe it, while you are, as it were, inside. The moment disbelief arises, the spell is broken; the magic, or rather art, has failed.

It’s a topic that is discussed frequently in the Exploring The Lord of the Rings podcast by Dr. Cory Olsen, likely because it is so pervasive in Tolkien’s writings. Anyone who who has read Tolkien knows that feeling of entering a world in which you get completely lost. While reading, it is a spell you hope is never broken.

I didn’t know it at the time, but when I first began to read Tolkien and other authors who could successfully drop you in worlds you felt were real (like C.J. Cherryh, C.S. Lewis and Stephen R. Donaldson, to name a few) the bug was planted in me to embark upon my own “sub-creations.”

Once you get this bug, there’s no cure. My early attempts were nothing but poor copies, but that is how one learns. As the years went on, I continued to ply my hand at sub-creation, sometimes setting things aside for years due to minor disturbances in the force like, oh, marriage and children.

But if you’re not reading a story, how do you participate in that magical feeling of being transported to another world? It almost seems counterintuitive.

But here’s the amazing secret all sub-creators know: during this act of sub-creation you create characters and worlds, you are transported to the place you are in the same moment creating! And when it’s working well, that’s when you lose track of time, your vision narrows and all you know is the world in which you are creating.

When you hear someone say things like “the character sort of defined itself,” or “I didn’t know where the story would go,” or even “I was surprised when such and such a thing happened,” the very reason such odd statements are spoken is because the writer is truly lost in the sub-creation. In the thick of it! That’s when the magic often happens – the unexpected.

Characters and stories begin to reveal themselves and it’s a wonderful thing to experience. And I’ve found that the best things about my stories have come from such moments. If we think back to the beloved Bob Ross and his Joy of Painting shows, you may recall he’d talk about “happy accidents.” It’s sort of like that. It’s not that the writer has made a mistake, but rather that the art has revealed itself to the creator in its own special way.

As a writer you certainly live for the final, finished story. But there’s just as much joy in the process of sub-creation–even with all the trials and difficulties of writing. It’s what keeps me coming back to the keyboard again and again.

Go find your own happy accident!