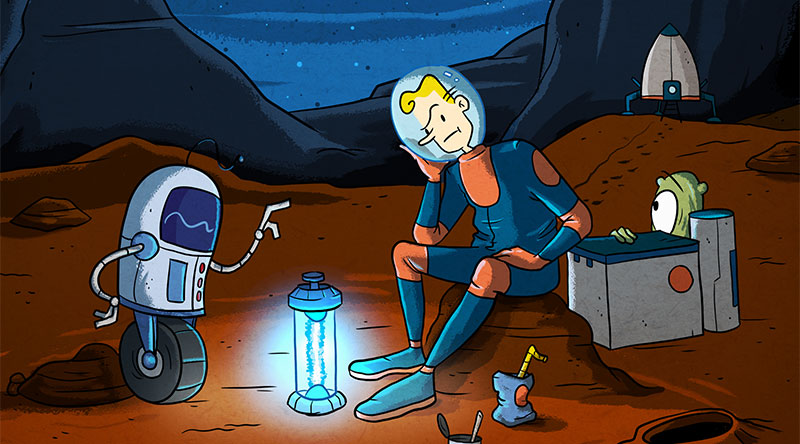 I am slowly re-publishing Marooned on the comic web platform Tapas.